MUDRA Loans were launched in 2015 to provide non-collateral loans of up to Rs.10 lakhs to deserving MSME entities. These loans were designed to be disbursed by most public sector and private sector banks. Millions of Indians thronged their nearest banks and NBFCs to avail this affordable credit facility to realize their entrepreneurship dream.

However, within one year of conception, serious questions were raised about the asset quality of the loans that were being sanctioned. The then RBI Governor, Shri. Raghuram Rajan raised concerns that the government should put a check on introducing ambitious credit programs and then waiving off the loans as a populist measure. With the MUDRA, banks and financial institutions were sanctioning this loan, right left and centre, without consideration to the repayment capacity of the borrower. This haphazard loan process was increasing the NPAs (Non Performing Assets) of such banks by more than 2.5%.

In his report to Parliament, Mr. Raghuram Rajan said that while non-performing corporate loan assets are a current issue, the government should concentrate on the causes of the next crisis. The government should, in particular, refrain from setting unrealistic credit goals or waiving loans, he cautioned.

He referred to Mudra loans as those with probable credit risks. In specific, by speeding through due process and then proposing populist offers such as mass waiver of loans, he flagged the culture of meeting targets. He observed that by abandoning adequate due diligence, credit targets are often reached, paving the way for potential NPAs in the future. He opined that, although being common, both Mudra loans as well as the Kisan Credit Card must be investigated more closely for potential risk. He also noted that the SIDBI’s MSME Credit Guarantee Program is a growing contingent liability and needs to be urgently investigated.

What are MUDRA Loans?

Under the Pradhan Mantri Mudra Yojana (PMMY) in 2015, the Micro Units Development & Refinance Agency Ltd. (Mudra) was set up to help grow and refinance the ‘non-corporate industry’ sector by sponsoring finance institutions that lend to micro/small business entities engaged in manufacturing, trade and service activities.

Mudra, provided to banks and microfinance institutions, is a refinancing scheme. This scheme is a wholly-owned subsidiary of SIDBI and provides refinancing facilities for banks and microfinance institutions against loans they have given to small enterprises to support the growth of these micro-units. This scheme is mainly targeted at units of MSMEs across the world. It was developed solely for the purpose of financing and saving small entrepreneurs from money lender exploitation and supporting 1.5 crore new entrepreneurs to grow small businesses.

The Mudra system offers loans that do not need collateral. No fixed rate of interest on the loans used is available under this scheme. Interest is paid at the base rate plus 1-7%. Depending on the risk involved and the client’s profile, this may also be higher.

Loans of up to Rs.10 lakhs are available to qualified businesses through Commercial Banks, RRBS, Cooperative Banks, NBFC, MFI, etc. Borrowers can contact nearby branches of lending institutions or apply online under the MUDRA scheme for loans.

How are MUDRA loans contributing to the increase of NPAs in lending institutions?

The major challenge with MUDRA loans seems to be the repayment. Though the loan is sanctioned to genuine borrowers with good business acumen and aspiration, the system has been facing criticism for its lax in following strict lending principles. As the Mudra loan scheme is unsecured, there is no need for borrowers to have collateral to borrow the balance of the loan. Usually, collateral is a promise given by creditors that, if they are unable to repay the debt, will be used to reclaim the loan value.

Also, with no collateral, loan recovery is proving to be a challenge. The assets purchased using the loan amount are basically not sufficient to cover the costs of the principle or even the interest component as most business owners are small and micro business unit owners whose assets don’t have much resale value.

The keenness of the government for these loans to be affordable to the masses has led to incidences of officials in a hurry to deliver these loans neglecting proper processes. Consequently, the reluctance of MSMEs to repay the loan is not known until long after the loan has already been repaid. This inability may result in Non-Performing Assets (NPAs) where banks may struggle because the borrowed capital is not repaid by the MSMEs.

The businesses borrowing under this scheme may face higher volatility and annual cycles. This results in the business owners migrating from one place to another. The lenders are unable to trace such borrowers and recover the loan amount from them. Moreover, the public banking system does not have enough staff to work on the recovery part. As per reports, around Rs. 2.53 lakh crores worth of MUDRA Loans had been sanctioned for 4.81 crore beneficiaries in the financial year 2017-18. The average size of a sanctioned loan stood at Rs. 52,706 for the year. The State Bank of India announced that it had disbursed Rs. 28,556 crores under the PMMY scheme in FY18.

The credit risk rising out of MUDRA is being partly attributed to the financial institutions’ hastiness in disbursing the loan without proper scrutiny of the application and the applicant’s credibility. It was advised that banks should concentrate on repayment potential at the evaluation point itself and track loans even more closely over the life cycle of the account.

The website devoted to PMMY does not show the volume of bad loans or collection information. In May, the government said a total of Rs. 6 lakh crores had been disbursed to 12 crore beneficiaries under the Mudra scheme since its inception in 2015. Of these, 3.25 crore applicants were first-time entrepreneurs and 9 crore were women borrowers.

Critics of the scheme have consistently stressed that while approving and disbursing MUDRA loans, so many best practices in loan origination have been ignored. The CBI has even lodged a case against a former officer of the Punjab National Bank earlier this year for alleged misuse of official status in the sanctioning and disbursement of Rs. 65 lakhs of 26 Mudra loans.

MUDRA Loans are an excellent finance scheme for deserving and budding entrepreneurs. However, financing institutions should exercise due diligence while sanctioning the loan to avoid the conversion of such loans into NPAs. 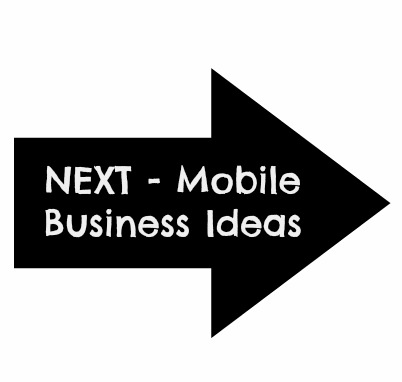