Discover How To Use Google Ads To Reach Your Goals

How Do Businesses Make Cash

Market Street Services, an economic development consulting firm out of Atlanta, completed the Community and Economic Development Strategy earlier this year. The Chamber of Commerce paid $150,000 for the study.

The study produced a community assessment and community and economic development strategy, culminating in the creation of an implementation plan and organizational assessment.

The Market Street study recommends the creation of a new economic development entity that would focus on the Jefferson City region, including not only the Capital City and Cole County but the surrounding areas of Callaway, Moniteau and Osage counties.

The study refers to the potential organization as the “Jefferson City Area Regional Partnership.”

The partnership would be a separate entity from the Jefferson City Area Chamber of Commerce, which currently offers both economic development and business services.

The implementation plan is only a recommendation, said 2020 Chamber Board Chairman Darren Heckman, who served as a co-chairman of the strategy’s steering committee.

No decision has been made regarding the creation of a new entity or what it would look like. Regardless of the ultimate decision, Heckman said, they may not use everything spelled out in this plan.

The plan outlines what the creation of a new economic development entity would look like, including structure of the organization budget and funding, and timelines for implementation.

The plan recommends the partnership be created as a 501(c)(3) nonprofit organization completely separate from the chamber, although the two organizations could share resources such as work space and some staff.

The organization would have a new board of directors inclusive of all represented counties and top industries that support economic development in the region.

Similar to the chamber, the partnership would have a chief executive officer to oversee staff and lead economic development efforts.

Vice presidency positions would be established for business development, workforce and entrepreneurial development, and strategic implementation. The main staff would also include an economic development assistant and office administrator.

The largest budget needs would come in the first year, due primarily to $50,000 in start-up costs that would not be needed the following years.

The plan lays out an annual cost of around $80,000 for operation of the organization including office space, equipment and supplies.

The main marketing cost of $100,000 annually would be for external marketing.

The largest portion of the budget would be used for staffing, including salaries and benefits — about $691,500 in the first year.

Funding for the organization would come from a combination of private and public funds including Jefferson City, Cole County, other municipalities and counties involved, private business investments, utilities, state and federal grants, philanthropic and foundation investments, and individual investments.

The Cole County Commission in 2018 chose to end its relationship with the Jefferson City Area Chamber of Commerce as an economic development consultant and hired Victory Enterprises, a political and corporate consulting communications firm, and Strategic Capitol Consulting, a group that develops political strategies and crafts legislation plans for clients.

Contracts with these groups were renewed in 2019. In 2020, these consultants also recommended a regional approach.

Prior to that decision, Cole County and Jefferson City each paid the chamber $150,000 annually for economic development.

The Market Street plan recommends a $2 per capita, or per person, initial funding, allowing smaller communities to participate at a scaled cost compared to larger municipalities. A minimum investment level is also recommended to ensure enough financial support, depending on the number of participating communities.

The plan gives a breakdown of revenue needed for the first year of the organization to cover the $991,500 cost.

The remaining funds needed — $439,592 — would come from the private sector and other sources such as grants.

The plan, which was presented to the steering committee in March, laid out a pre-implementation timeline to begin after the presentation and conclude around January 2021.

Stakeholders in the process are currently evaluating the feasibility of creating the new organization and have not begun implementing the plan, Heckman said. Progress was also delayed by the COVID-19 pandemic, which hit the region starting in March.

Beginning steps of pre-implementation of the partnership would include establishing the entity as a 501(c)(3), developing marketing materials and exploring funding possibilities.

Task forces and action committees would be established, with chairs being members of the implementation committee.

Task forces would integrate the strategy into their own programs of work, identify gaps between what is happening and the proposed plan, and work to close those gaps.

The proposed timeline begins the hiring process for the partnership staff at the seven-month mark.

An official regionwide roll-out event for the partnership’s implementation would take place around 10 months after pre-implementation begins, according to the suggested timeline.

The initiatives were chosen as activities that would cause the widest effect in the Jefferson City area.

They are listed in order of priority, according to the implementation plan:

1. Ensure the Missouri State Penitentiary Redevelopment project maximizes economic development return on investment while celebrating the area’s quality of life assets, such as the Missouri River.

2. Invest in broadband infrastructure — potentially including a free public wireless network — to facilitate job creation and talent retention and attraction.

4. Actively support the development and activation of the Heartland Port as a part of the region’s economic development approach.

5. Support and assist Lincoln University with the additional expansion of its nursing school.

6. Engage in a targeted approach to business attraction and marketing.

7. Update and publish the current inventory of land and buildings in the region suitable for desired business development.

8. Establish a Small Business/Entrepreneurial Task Force focused on providing small businesses with the resources they need to effectively maneuver through various processes in order to launch, sustain and expand.

9. Work with existing entities to enhance and take advantage of potential economic development that might come from better utilization of the Jefferson City Memorial Airport and its property.

11. Empower the chamber’s Young Professionals organization to work on economic and community development projects that are specific to their needs.

12. Establish a task force to gather the current information related to future job demands and skills for the region as compared to the programs that can feed the workforce supply to meet those future demands. As a result, the voids or lack of adequate resources can be documented and steps can be mapped out and taken to remove the barriers.

13. Ensure there is a formal beautification effort that benefits the various corridors of the community.

Timelines included in the implementation plan outline how the partnership and supporting entities can implement the key initiatives.

Each action includes recommended lead and support entities and recommends which years or partial years the actions should be taken.

Supporting partners for the strategy include Lincoln University and related groups, local media, Missouri state departments for economic development and transportation, private businesses, schools, and the Jefferson City Convention and Visitors Bureau, among others.

For example, in the first two years, the outline recommends establishing a task force to gather information related to future job demands and skills in the region. The lead entity on this action is listed as the partnership, while supporting entities would be schools and universities in the region and the Missouri State Council for the Society of Human Resource Managers.

Actions in the five-year plan are divided into four strategic goals — workforce development, economic development, sense of place/quality of life, and regionalism.

Within those, the plan breaks down into many categories: pre-K to grade 12 schools, post-secondary education, talent retention and attraction, existing businesses, business attraction, small-business development and entrepreneurship, public engagement, assets and amenities, housing, and community inclusion.

A full list of recommended actions the partnership could undertake can be found in the full implementation plan.

The implementation plan also recommends strategies to measure the performance of the economic development initiative.

Core community measures represent regional outcomes that would be impacted by the study’s recommendations. These metrics would measure demographic, socioeconomic, economic and quality of life indicators.

Strategic activity measures would be more closely tied to the recommendations in the strategy and would be more directly influenced by efforts made for economic development. Sources for this data would need to be identified or developed in most cases, such as finding local sources to collect data.

Examples of strategic activity measures include number of attendees at talent attraction events, number of tourists visiting the Jefferson City area, cost of broadband throughout the region, number of housing building permits awarded and economic impact of the Heartland Port. 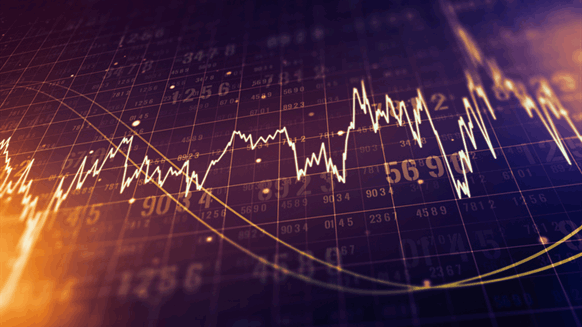